Running a small business is no easy task, but one of the areas which I don’t excel in is organization! The amount of paperwork which is required to keep the machine going is huge. So a designated area was needed for my overflowing inbox. I don’t have a spare room but I do have a large kitchen so after a little re-arranging I managed to clear an entire wall at the end of the room. I then went trawling for inspiration in the usual places and found some great ideas like this one on Pinterest. 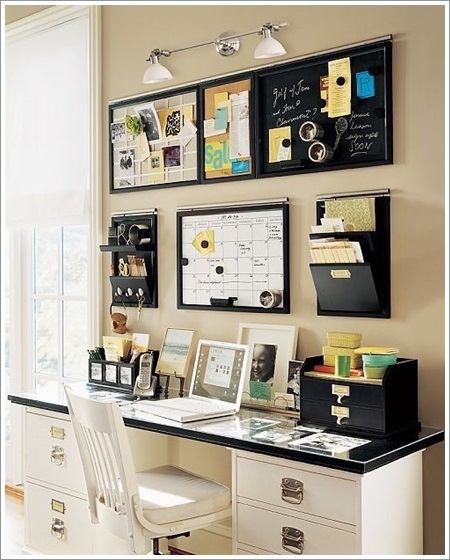 Now I am sure I will never be that organized (who would want to be ? ) but I liked the idea.

I managed to salvage three scaffold board planks I also had a drill some wall plugs, some 2×1 wooden baton and I had to purchase a Kitchen countertop keepie upie thingy mebob.

I got straight on the phone to my bro-in-law who is more than willing to go along with any hairbrained scheme I come up with and for the sake of anonymity we will call Mr Wonderful! lol  he suffers with the completely underrated character trait of not be able to keep still !  which drives my sister mad, but comes in very useful for me 🙂

First I painted the entire wall in Annie Sloan chalk paint Graphite, it took a couple coats but I didn’t even use a whole tin. 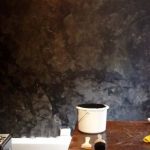 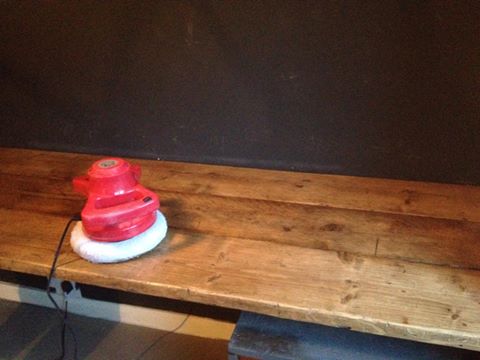 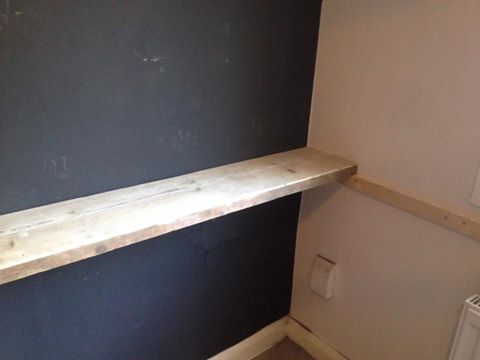 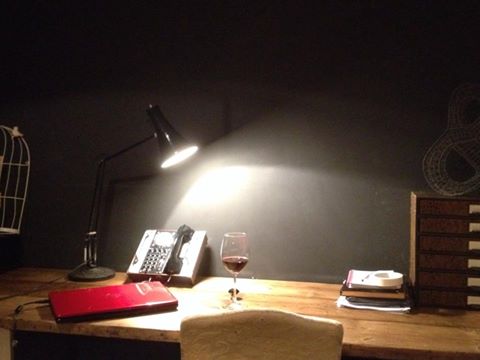 While that was drying we took the old boards outside and sanded the heck out of them with a heavy duty sander until they were splinter free.

Mr Wonderful screwed the baton to the wall at the desired height and we then screwed the boards to the baton, then he carved out a curve at one end to accommodate my fridge/freezer and we used the kitchen countertop keepie upie thingy mebob in the center for support. Volia wall to wall desk…

After everything was done we used a wax brush and Annie Sloan dark wax to give the boards some character and sheen.

It turned out exactly as I had envisioned it would ( which is always a bonus !) and it really does serve its purpose so win-win .

here is a pic of it in full use. 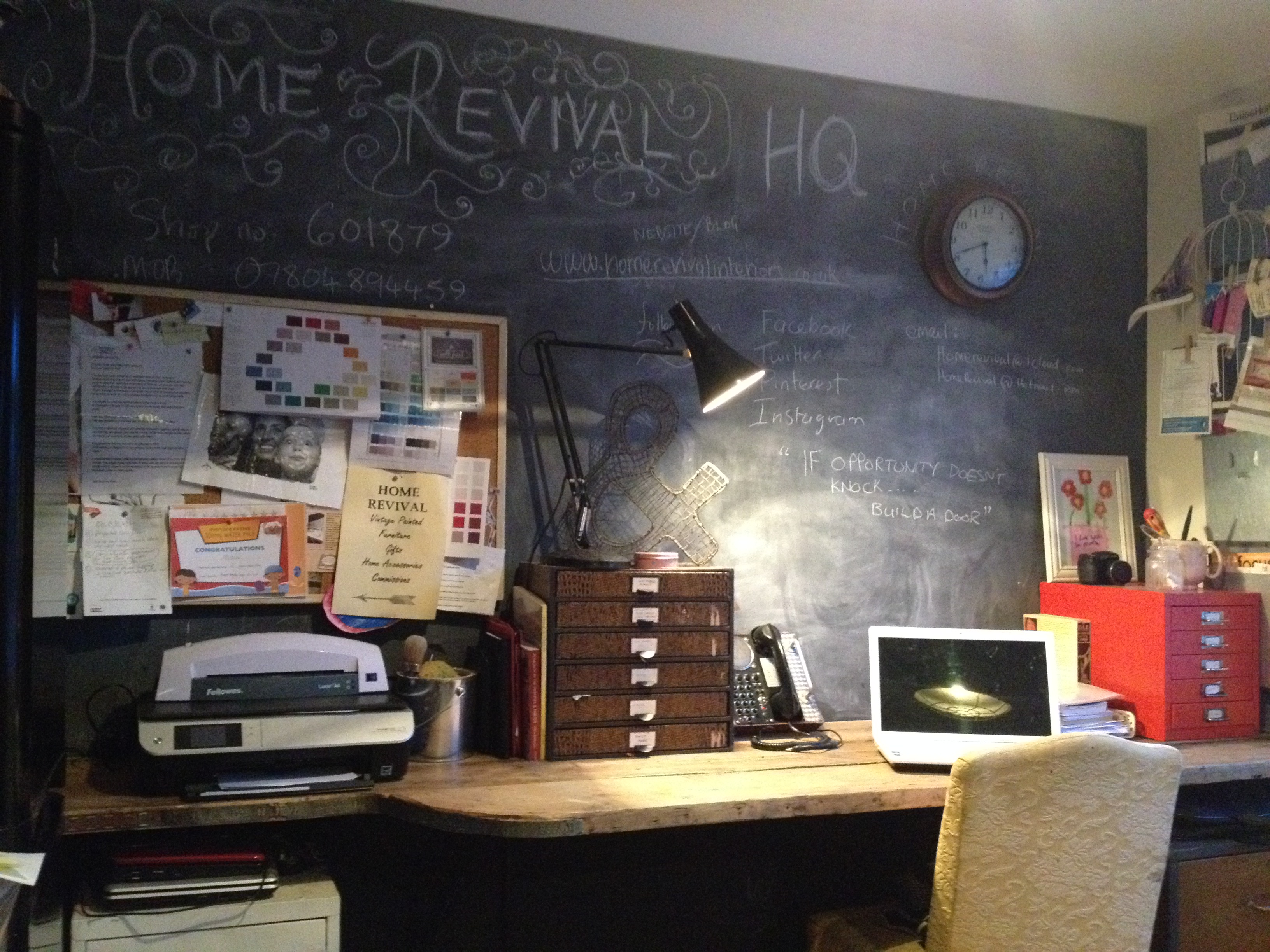 What do you think ?

This site uses Akismet to reduce spam. Learn how your comment data is processed.

GET THE LATEST TUTORIALS AND SPECIAL OFFERS!
We respect your privacy. Your information is safe and will never be shared.